On My Way to Mayul: Some concrete steps

“…This is the least I can be the part for your noble cause…,” wrote Sangay, a teacher at Peljorling Higher Secondary School on 14 May 2022. He offered his help to help sell my books in Sipsoo, Samtse. He sold 53 copies in a week’s time. My childhood friend, relative and former classmate sold 30 copies at Radhi in Trashigang in two days. And several people came forward if they can be part of my journey – join me ‘On My Way to Mayul.’ In Mongar, the book crossed triple digits. Many thanks! The book has not made much headway in Thimphu and Paro yet. 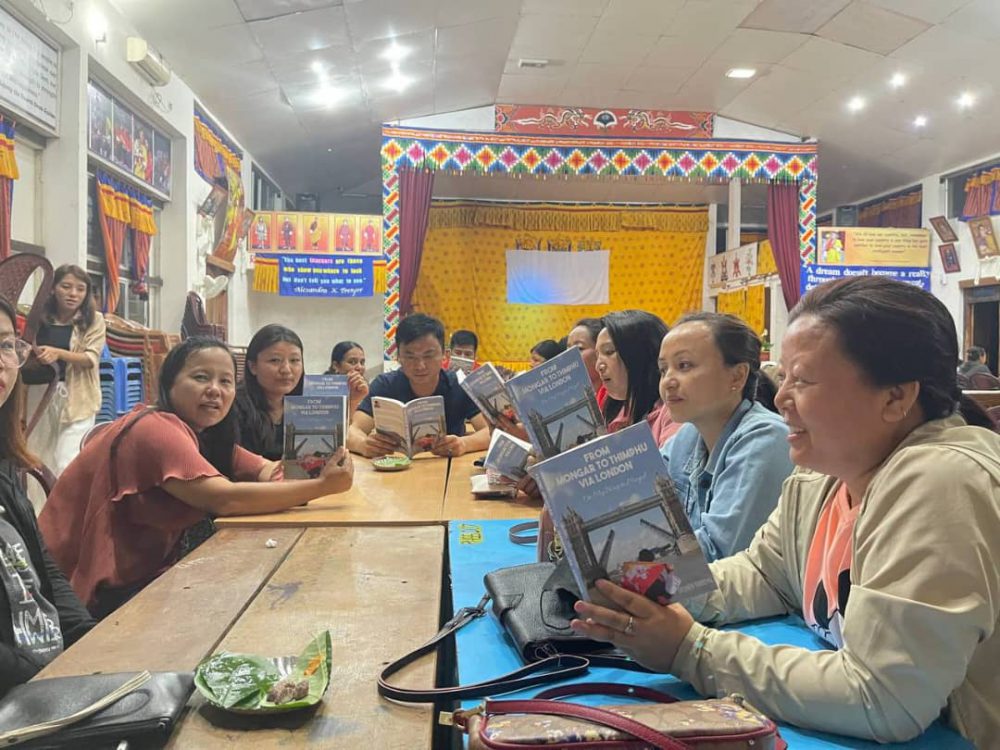 Those who have read the book, you may be aware that one of the objectives of writing the book, in the first place, was to contribute. But the write-up alone would not have taken me anywhere. The book would not have reached on your palms. After getting the content approved by Bhutan Infocomm and Media Authority (BICMA), on 11 December 2021, facilitated by Tashi, I sat with Sangay, the designer and proprietor of Sadone Design at Bebena in Thimphu. On sharing my intention and the content of the book, he said, “We can offer our services at minimum rate for you.”  I went to the designer’s place before editing. Not that my manuscript was good and print ready. I simply wanted to get it done. I felt certain discomfort and have had reservations to make the compilation (the book) formal and professional. It was in January 2022 when Jamyang, a close friend of mine, advised, advised earnestly, that I give the book for editing for manuscript merited it. He even suggested a couple of names. He read the manuscript in entirety. We were in Trashigang after we completed a two-week ICT camp for students at Gyalpozhing.

I made a call to Au Needrup requesting if he could edit [language] the manuscript. He agreed. In a week’s time, I met him in his Office and handed over the manuscript. In between our correspondence (messages about the manuscript), he wrote, “…As I said when we met in my office, I do not want to be strictly commercial with you…” His generous editorial help gave me much needed confidence. Once the manuscript was ready, Ajang Tshering, a relative of mine agreed to get the book printed on credit against his name. It is with their noble gestures that I could realise my aspiration to contribute for three causes.

In the ensuing paragraphs, I share specific reasons why I decided to contribute to these two causes [Explanation for one cause is left out for the reasons cited above.]

Gross National Happiness is our stated national goal. Given an option, the trend suggests, residents of Tendruk and Radhi would move to Samtse and Trashigang, respectively and the residents of the latter two to places such as Thimphu, Paro and Phuntsholing. The trend is anything but a reflection of regional disparity which gives rise to plethora of issues such as abandoned household, urban congestion, and squatter settlement. As I argued elsewhere that this may give rise other host of issues related to economic and social issues. It is instructive to note that non-governmental organisations such as Samdrup Jongkhar Initiative is doing what they can to improve the lives of people at the grassroots through its projects, inter alia, ‘Organic Agriculture’, ‘Menchari Pilot Village’ and ‘Youth Engagement’. Born out of Dzongsar Jamyang Khyentse’s concern (ཚ་གྱང), the initiative among the locality is known as ཚ་གྱང་ཚོགས་པ། I am fundamentally an optimist person with a firm belief that if we work with concern, things can be done however herculean that task is. Rural-urban divide and inequality are major public policy challenges for Bhutan. This contribution is to make up for my unfulfilled target back in 2016 when I said to myself that I will help SJI mobilise 100 members in that year.

On 05 February 2022, on my way to Kanglung from Thimphu, I met my friend and former classmate, Chimi working at the Eastern Regional Referral Hospital [ERRH], Mongar. Chimi recounted how we were able to mobilise Nu. 50,000/- in less than a month for an unattended elderly. He shared if similar initiative can be done to the socio-economically least-advantaged patients of ERRH. He cited specific examples. ‘Emergency services [ambulance and the like] bring patients to the hospital. However, these people would not have money to travel back home. At the hospital, some would not have money to buy essentials starting from food to clothes for newborn.’ There are dialysis patients as well. In such a scenario, I was told that hospital staff collect among themselves from their monthly salary and help these groups of people. He asked if we could do similar fund mobilisation, we did a year ago. I was born in ERRH. I could imagine the struggles my parents might have undergone more than three decades ago. My mother recounts how Doctor Ugyen Tshomo attended her when I was born and suggested I meet her. Mongar is not only my ancestral and biological home but emotional and spiritual home as well. I committed to Chimi that I can contribute certain percentage from the sale of book for these groups of patients. It is payback time to the very place that made my journey possible.

At the time of making that commitment, the book was still in editing phase. I was headed further east when the last phase of the book, printing, binding and distribution will have to managed from Thimphu. On 21 May, Kinga, a friend, and former classmate of mine, currently based in Gelephug, asked, “Did you go to Thimphu to print the book.” I did not. Tashi, a good friend of mine, coordinated all works related to the book from Thimphu. Except for Phuntsholing, we sent our books through public transport in buses. Let’s support circular economy however minimal it be. Kezang, one of the closest friends of mine delivered books to Phuntsholing. A very hard to impress person, Kezang commented, ‘The books are packed very well. Who did it?’ On 18 May 2022, former Speaker, Lyonpo Jigme Zangpo informed me over a phone call, “Your ambassador had come at my place to drop the book.” I try to be organised, detailed, thorough in whatever work I do, at least in public spaces. If Kezang and the like who help reach the book to fellow countrymen were impressed, at least felt good about how the books were packed and delivered, I thank Tashi, as Tshogpon puts it, for being the ‘ambassador’.

In the same light, I am immensely grateful for people spread across 20 districts who agreed to be contact persons. I know most of them – friends and acquaintances. For some districts, friends, relatives, and contacts helped me in getting a contact person. My cousin Phuntsho helped me in connecting with a couple of them. “Since Phuntsho reached out to me, I can do it for you…” told Passang, one of the contacts during our first telephonic conversation.

I could take ‘some concrete steps’ On My Way to Mayul not of my own but because of the people I met on my way. I alone could not have done much hadn’t it been for the generosity of Au Needrup and Sangay, unconditional support from Tashi, and heart and hand of Bidhur, Galey, Jigme, Leki, Ngawang, Pema, Sangay, Samdrup and others. It was, is and will be a collective endeavour!